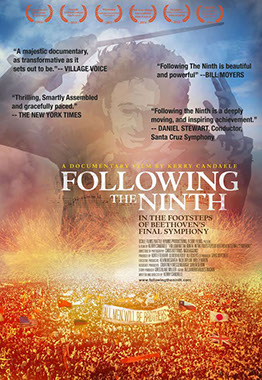 Written in 1824, near the end of Beethoven's life, the Ninth Symphony was composed by a man with little to be thankful for. Sick, alienated from almost everyone, and completely deaf, Beethoven had never managed to find love, nor create the family he’d always wanted. And yet, despite this, he managed to create an anthem of joy that embraces the transcendence of beauty over suffering.

Celebrated to this day for its ability to heal, repair, and bring people together across great divides, the Ninth has become an anthem of liberation and hope that has inspired many around the world:

At Tiananmen Square in 1989, students played the Ninth over loudspeakers as the army came in to crush their struggle for freedom.
In Chile, women living under the Pinochet dictatorship sang the Ninth at torture prisons, where men inside took hope when they heard their voices.
As the Berlin Wall came down in December 1989, it collapsed to the sound of Leonard Bernstein conducting Beethoven’s Ninth as an “Ode To Freedom.”

In Japan each December, the Ninth is performed hundreds of times, often with 10,000 people in the chorus. Following the Ninth gives us insight into the heightened importance of this massive communal Ninth, known as “Daiku,” in the aftermath of the earthquake and tsunami of 2011.
Directed and produced by Kerry Candaele—who previously produced Wal-Mart: The High Cost of Low Prices, Iraq for Sale, and the documentary A League of Their Own—Following the Ninth traces these stories, intertwining them with the history of the Ninth itself to create a moving ode to hope, freedom, and the power of art.

“This energetic film explores what the “Ode to Joy” and indeed the entire symphony has recently meant to women protesting torture in Santiago during Chile’s Pinochet dictatorship, students demonstrating for rights in Beijing’s Tianamen Square, Germans celebrating the fall of the Berlin Wall, and Japanese people expressing sympathy and hope after the catastrophic 2011 earthquake and tsunami. Using archival film depicting sometimes brutal scenes of human and natural destruction along with testimony from people who were there （especially Chilean poet and musician Isabel Lipthay; Lene Ford, brought up in East Berlin and witness to the end of the division of her city; and Feng Congde, a Chinese student leader who installed loud speakers at Tianamen Square to broadcast the “Ode to Joy”） gives the film documentary verisimilitude. Commentary from conductors on the entire 9th Symphony as well as lengthy segments of each movement demonstrate how powerfully contemporary this early 19th-century work can be, speaking as it does to universal human experience.”  - Education Media Reviews Online, Reviewed by Bonnie Jo Dopp, Librarian Emerita, University of Maryland 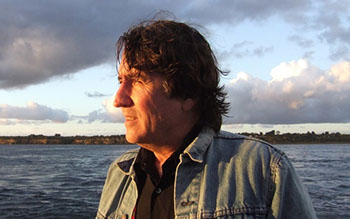